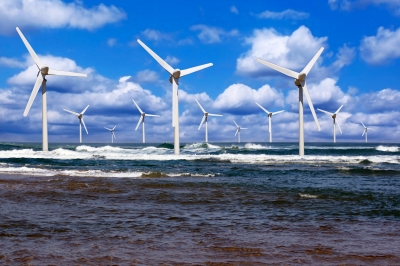 The Scottish government has approved four new offshore wind farms, which have an accumulated energy generating capacity of about 2.3GW.

The developments in the Forth and Tay region will generate clean energy that will be enough to power more than 1.4 million homes across the country, by saving 135 million tons of CO2 emissions.

"These wind farms alone could generate a combined gross value added of between £314 million and £1.2 billion in Scotland over their lifetime and generate between 2,567 and 13,612 jobs within Scotland during the construction period."

To be located 15.5km east of Fife Ness coastline, the Neart na Gaoithe wind farm will feature about 75 turbines with a generating capacity of up to 450MW.

The Alpha and Bravo Seagreen developments, which will be located 27km to 38km east of the Angus coastline, will have about 150 wind turbines with a generating capacity of up to 1,050MW.

The Inch Cape development, to be located 15km to 22km east of the Angus coastline, will feature around 110 wind turbines with generating capacity of about 784MW.

RenewableUK chief executive Maria McCaffery said: "This announcement more than doubles the capacity of offshore wind consented in Scottish waters to over 4 gigawatts. If all these projects go ahead, they’ll power more than three million homes a year."