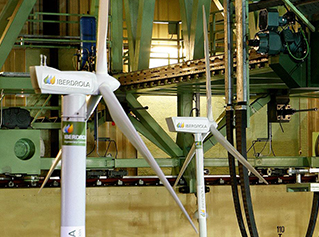 Renewable energy firm Iberdrola has commenced work on the TLPWIND research and development (R&D) project, which will reduce installation times and costs for offshore wind in the UK.

Backed by Innovate UK, the project will promote the offshore wind farms installation in areas that are currently not considered feasible due to water depths.

Iberdrola’s engineering and construction subsidiary, the Scottish University of Strathclyde and the Offshore Renewable Energy (ORE) Catapult have allocated more than €1m for the project.

Work under the project includes designing a floating wind turbine model and innovative installation system, which will be installed at several sites with water depth ranging between 60m and 100m.

Tensioned cables will be employed to moor the foundations to the seabed in order to limit the movement of the platform.

Construction costs will be reduced by optimising the dimensions and weight of the steel used in the platforms.

The TLPWIND initiative has been included in the Infrastructure for Offshore Renewables Collaborative R&D projects programme co-funded by Innovate UK, which intends to optimise the offshore renewables sector supply chain by promoting R&D projects. Sorry, there are no polls available at the moment.

Iberdrola said the new initiative forms a part of its strategy to grow in the offshore wind energy sector, in which it is developing major projects to construct new facilities mostly in the UK, Germany and France.

Iberdrola had previously worked on Ocean Líder and Flottek R&D projects in Spain over the past four years.