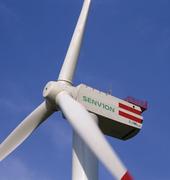 The Nordergründe wind farm is located in the coast coastal part of the North Sea will be one of the first offshore wind farm being developed in Germany.

The project will be built at a cost of €410m, and it will feature 18 turbines having total power generation capacity of 111 MW.

Germany based wind farm developer wpd G will own and operate the farm.

Construction on the project is likely to start in March 2016 and is expected to be completed by the end of 2016.

EIB vice president Wilhelm Molterer said: "The financing of renewable energy, particularly offshore wind energy projects, is and will continue to be a key part of the EIB’s work, as it is all about meeting Europe’s ambitious environmental targets.

"Thus, we are glad to support the Nordergründe project, as it will very much contribute to that, as well as improving the security of energy supply in Europe."

EIB highlighted that the electricity produced through offshore wind farms will have lower environmental impacts, particularly help in reducing emission of greenhouse gases.

Till date the financer has provided loans totalling €6.6bn for the offshore wind energy sector alone, making it one of the biggest financer of renewable sector.