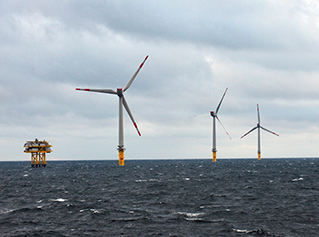 Areva will supply wind turbines for Iberdrola’s 350MW Wikinger offshore project, which is being developed in the German Baltic Sea, in a deal worth about €620m.

The contract will require Areva to supply 70 units of M5000-135 5MW wind turbines and provide maintenance services for about 10 years.

Areva will manufacture the turbines at its production sites of Bremerhaven and Stade, in the North of Germany.

The company plans to install the turbines as early as 2017 on jacket foundations from the port of Sassnitz.

Areva will deliver the contract within the framework of a joint venture recently agreed with Spanish wind turbines manufacturer Gamesa.

Upon completion, the project will generate enough energy for about 350,000 households in Germany.

Earlier in 2014, Iberdrola launched the pile testing campaign for the Wikinger offshore wind farm project after the completion of the site’s geotechnical investigation.

Iberdrola’s offshore wind project pipeline in Germany stands at more than 2,000MW, of which 1,000MW could be deployed in the German Baltic Sea by 2019.